So if you'd seen my review posted a few days ago, you'll have noticed the build was running raceflight gear, amongst other things that I no longer run hardware-wise.

The primary reason for this was I built the drone as soon as I had all the parts, and then began testing. A few weeks went by and I liked it enough to get a few more to replace my current Bannilite setups. During that time I picked up HobbyWing sponsorship so I moved to running the stack & motors on the new builds. Changing gear, I gave it another couple of weeks of testing and I had an arm delaminate - wanting to make sure this was a one-off (as it was the primary reason for moving away from the Bannilite), I took to testing a little while longer and had a couple more delaminate also. By the time this has all happened its been a month or so after the build - so naturally there's some things changed, not only to the spec, but how and why I do certain things, so I figured I'd update you all! I've had a LOT of questions in reference to how I do certain things with the HobbyWing stack, and some of the new printed parts, so we'll be going over all of it and hopefully that will clear up any questions and help people out too! :)

Flying on the Raceflight setup was fine, because the '20x20mm' stack is actually a reasonable length (let's not talk about the width), it didn't interfere with the camera connector - however when I moved to the Hobbywing stack I found that the camera connector was hitting on the ESC connector when you tilt it up to around 45 degrees. That meant you could not get any higher camera angle, and so I started looking for solutions because it's not enough angle. Rotating the ESC would not help because on every single side there is something you would touch (power wires, motor wires), so I opted to find other solutions while I told Walter and asked if he could make a new camera mount.

Just before Walter designed a new 3d-printed camera mount which extends the camera 5mm further forwards, I opted to lower the stacks by not using the standoffs that came with the HobbyWing G2 combo, but instead run rubber o-rings instead. This meant I could drop the stack by 2-3mm, which just so happened to be enough to gain up to around 70 degrees tilt. I don't plan to run any more than this, and shouldn't need anymore, so this is the solution I've stuck with despite Walter having the 3d mount modified. 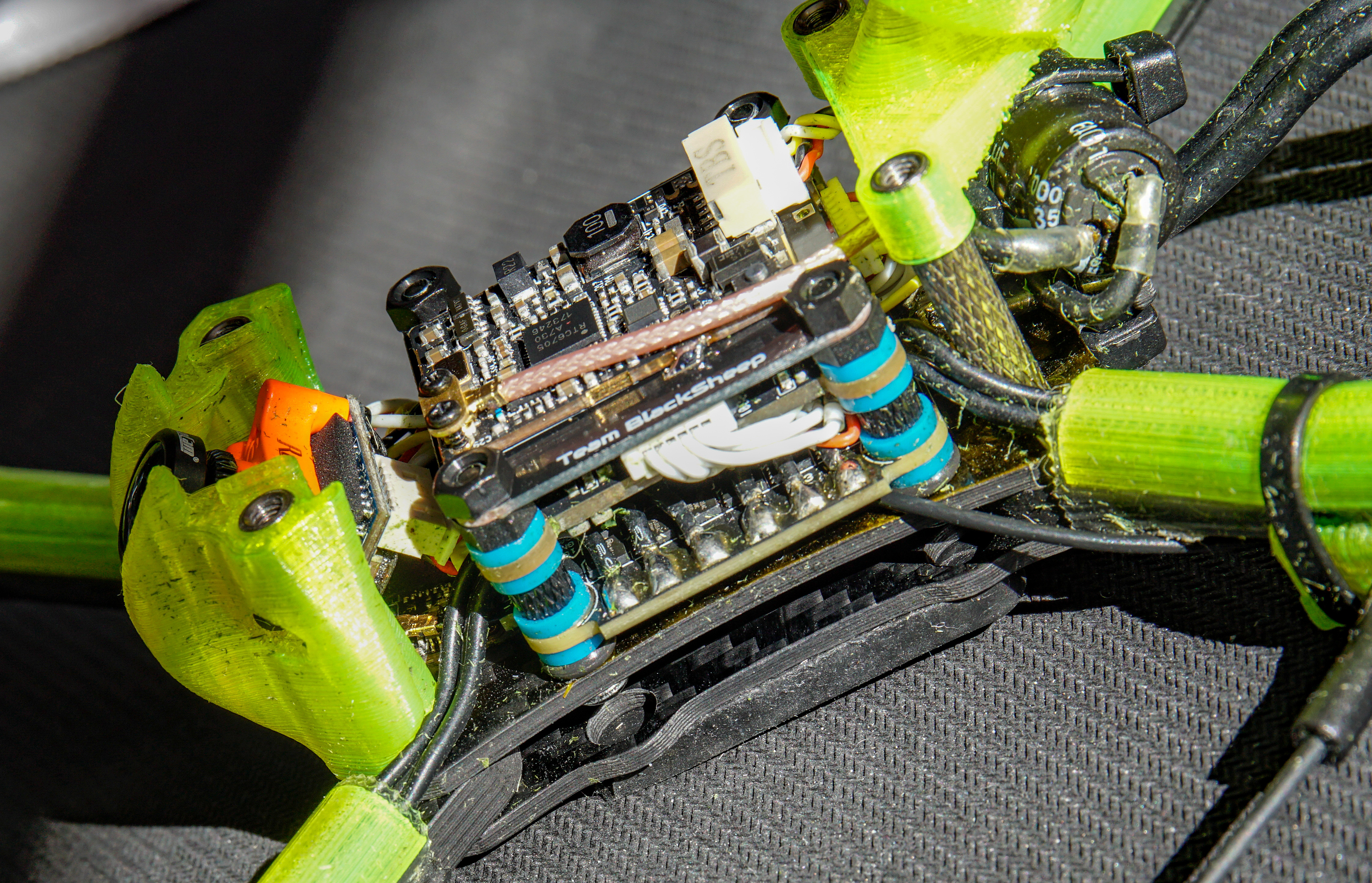 You'll also see that in the photo there's some gold-ish reflection on the mid-plate - that's Kapton tape to ensure that even if the stack somehow compressed enough to touch the carbon, it won't short. This will likely never happen as there's still a good 3mm or more between the components and carbon, but I like to plan for every scenario, and I already had the tape from my 3d printing of ABS.

You'll also notice the flight controller is pointing backwards - this is for a couple of reasons: 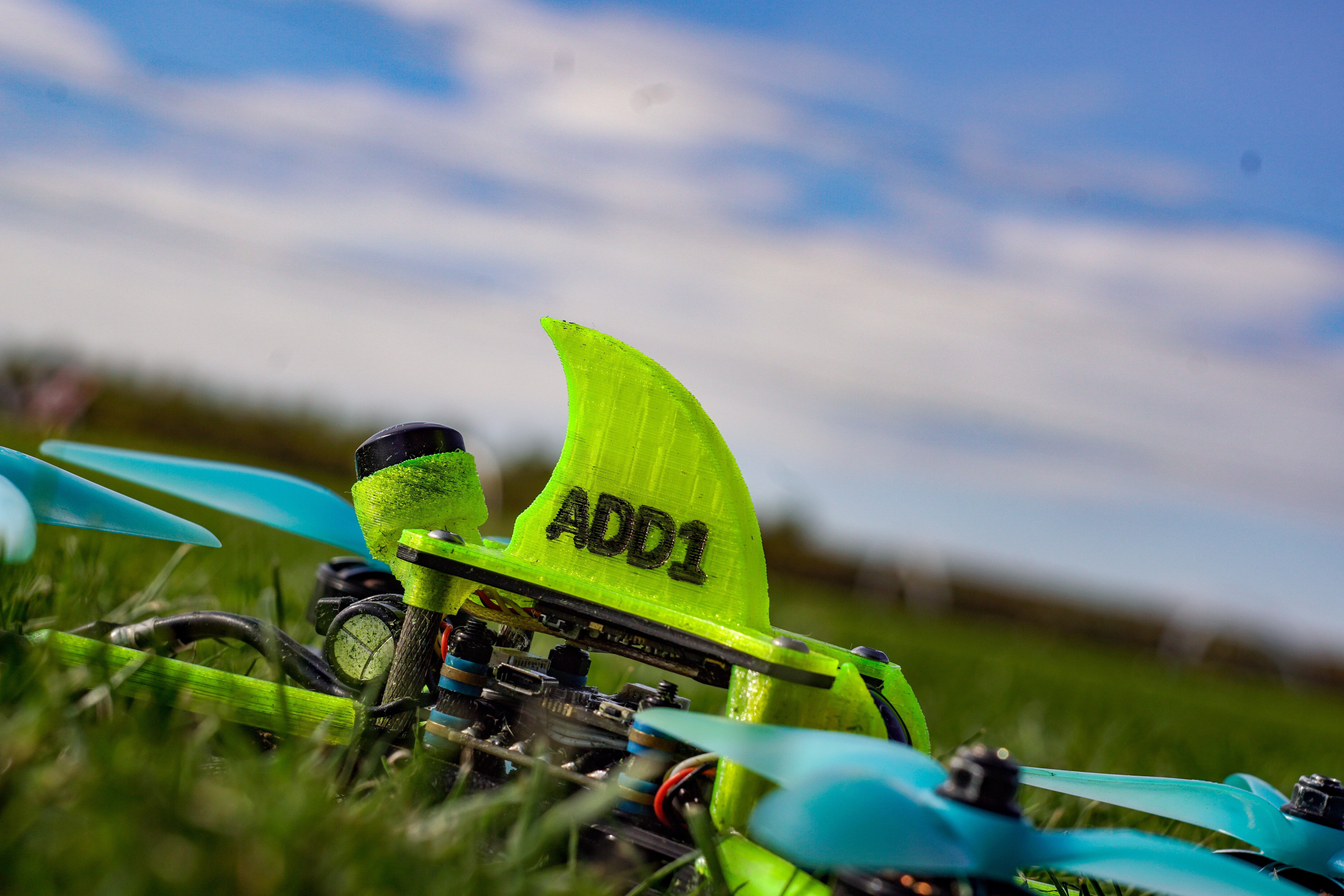 As you can see in the picture, mounting the Unify to the top plate is a very common thing, I've done it in my builds ever since I got my first Unify. But with a printed antenna mount that attaches to the standoffs this provides a problem - I either have to unplug the uFL every time I want to take the top plate off (which only has 25-50 guarunteed uses before potential losses of connection), or I have to slide the 3d-printed AXII mount off of the standoffs. This is not ideal if you need to get into the stack, so this has to change. 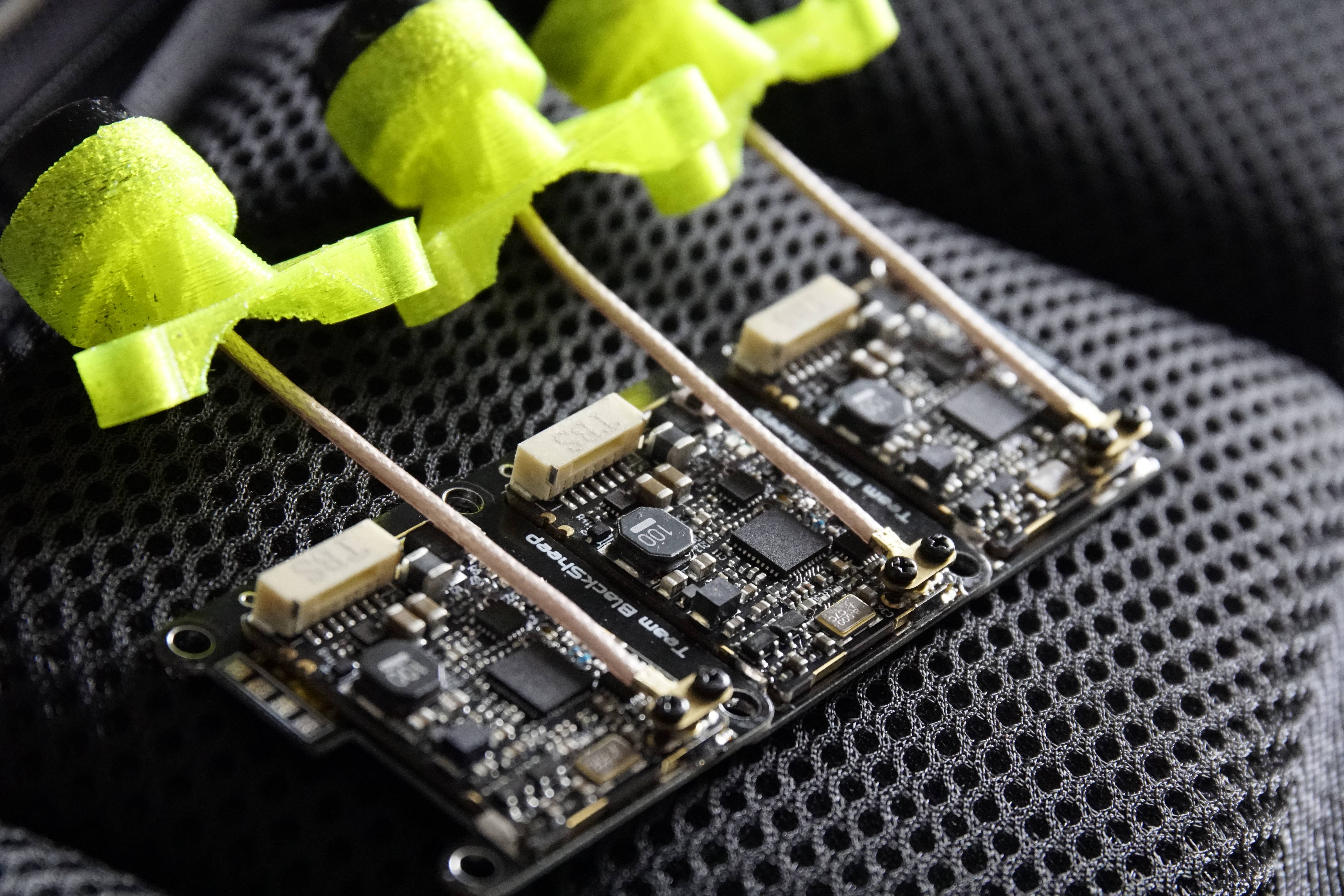 I needed to buy some spare Unify's for the upcoming British Championships, and came across a build on Instagram that was using the Whitenoise PDB's, so figured they're perfect in solving my problem. 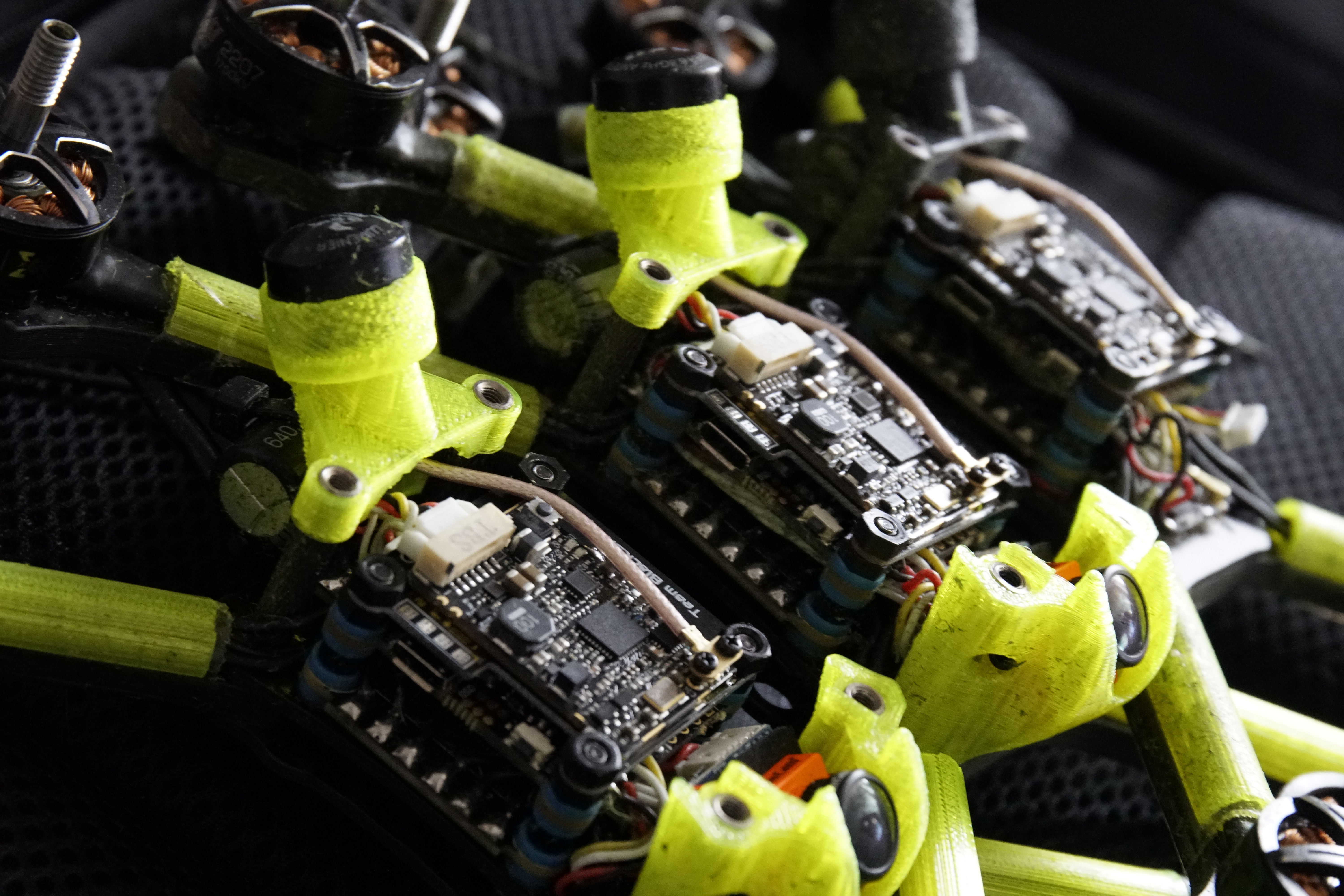 As you can see on the build, they work real good, have no reliance on the top plate, and come with actually quite a few advantages:

Now, I will say I am NOT using the PDB for the Nano RX, purely because it becomes too high to fit in the original standoffs (only 20mm), so I've kept the Nano RX up front on it's own.

I had some issues with the original turtle fin breaking in certain places when hitting gates etc and adding more of a lip to where the fin joins the top plate didn't seem to help, so I opted to make a new 'solid' fin. 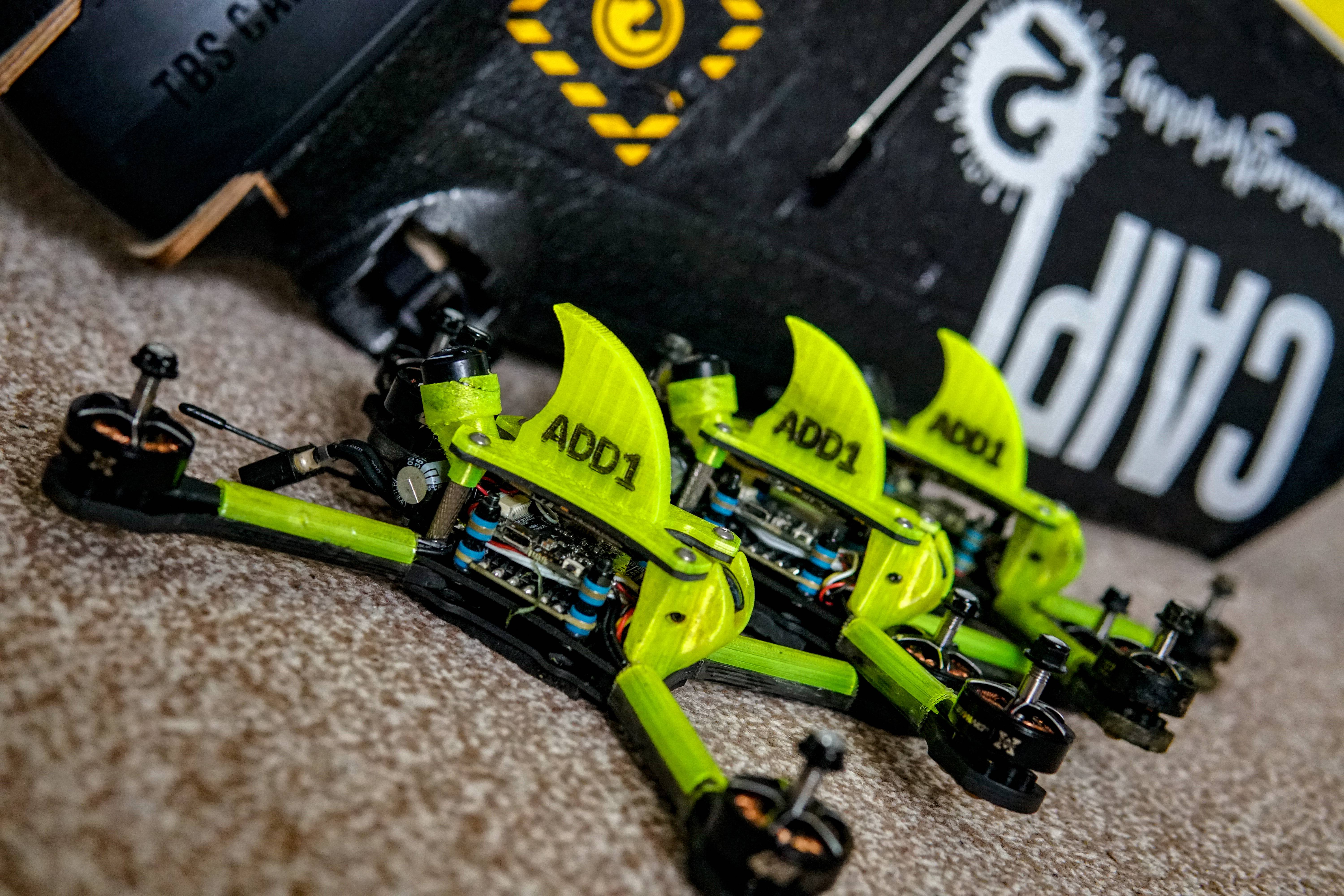 Material-wise, there's not that much extra here, as the infill is still super low so there's a minimal weight difference, but with there being so much more material attaching it to the mount it resists breaking a whole lot more. Plus, as you can see from the pics it's now customized with my pilot name on - how cool is that!?

I'm a big believer that while 3d-printed parts can be great, there's no need to over complicate solutions if a simpler and tidier one exists and doesn't require 3d printed parts. 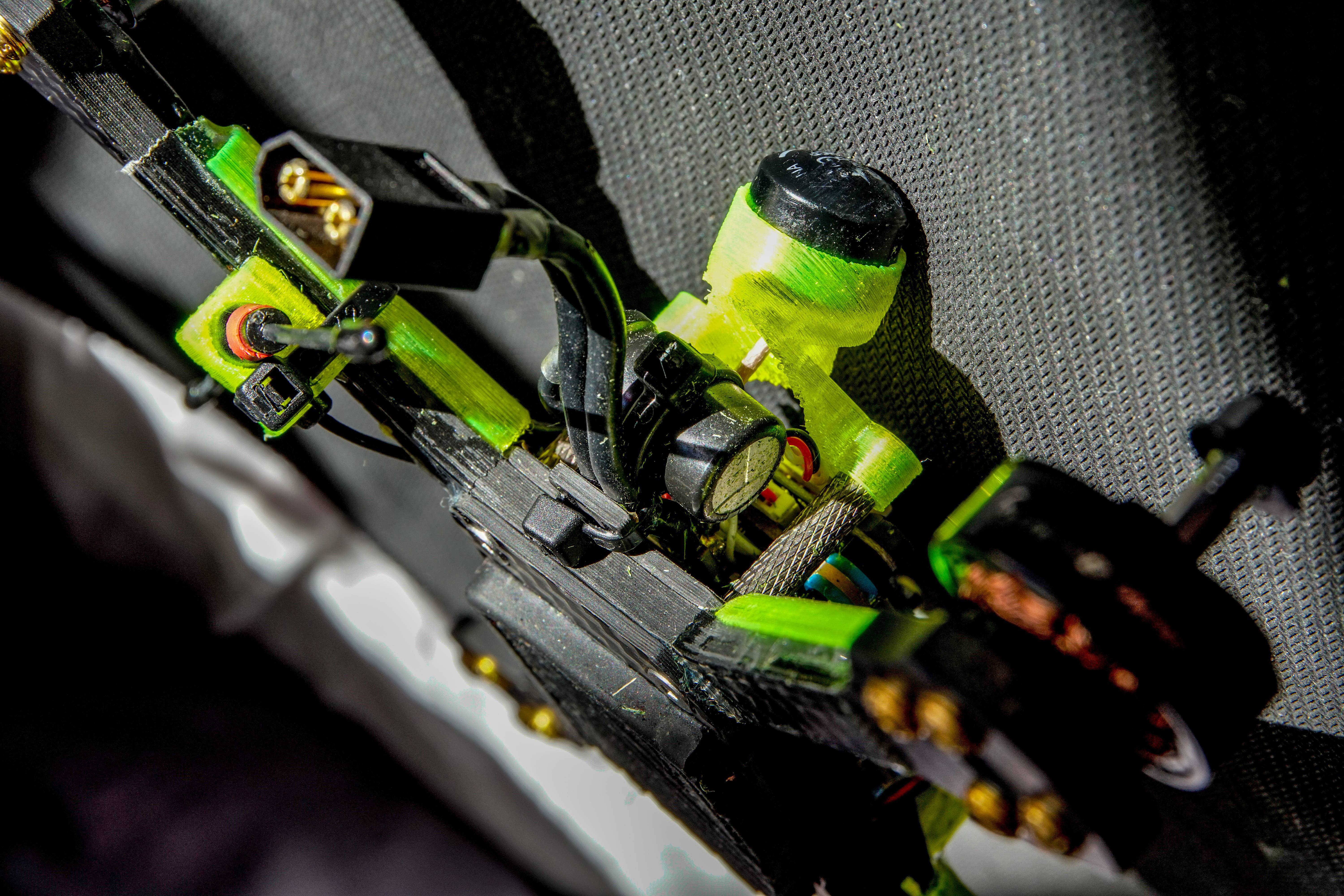 I already planned to cable tie the ESC power wires to the frame as designated, and with that put in place, you can then cable tie around the cable tie and capacitor - all that needs is the single additional cable-tie. It never gets hit, it never moves in crashes, and it's super light.

With all of these additions/changes, I've built a reliable, easily maintainable and good looking race quad. They've not let me down in practice sessions so far, so we'll see what the future holds for them. There's always room to improve how/where you mount stuff in your quad, so if you're particular like me, spend the time improving it as you go so that when the time comes you're prepared. And if you break stuff, it's hopefully easier/quicker to repair, meaning less stress at races! 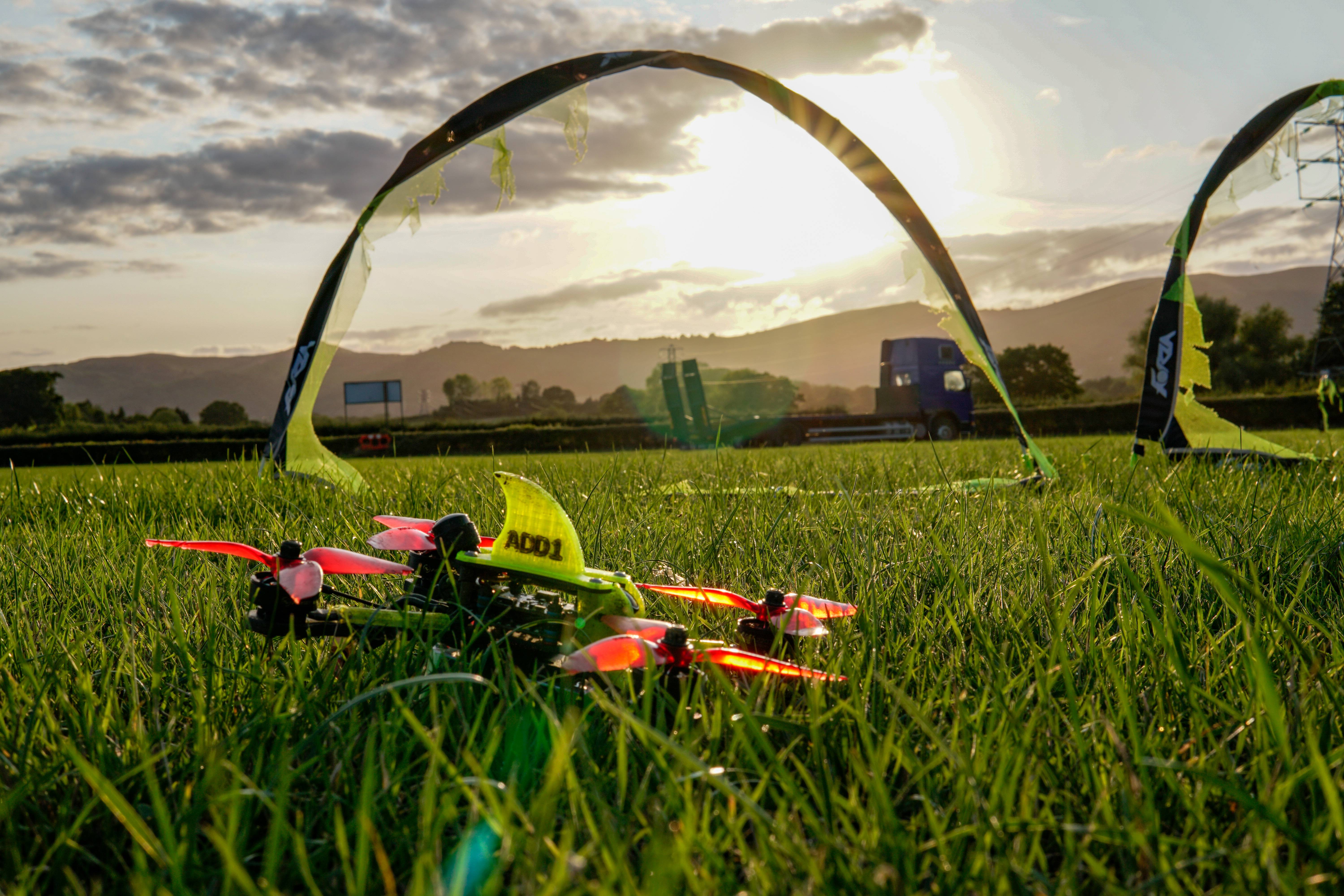