The Stamina has been causing a bit of an upstir in the racing community, coming out of nowhere but quickly getting into the hands of some of the fastest pilots in Europe representing the brand. So what's all the hype about, how is the carbon, and is it worth it? We're about to find out!

The CherryCraft Stamina can be purchased direct, or through one of their many retailers such as Airjacker (UK), MultiRotorParts (NL) or CopterFarm (DE).

The Stamina is the latest frame by CherryCraft. It is a pure racing frame which utilises simplistic design to reduce weight, as well as save space within the frame, but still giving you enough room for all your electronics. leaving you with on incredibly light and easy to maintain racing setup.

Here's some of the weight stats for those interested:

Whats in the package

In the package we get:

So let's get on with the dry build, it's a very simple frame to build but context is nice :) 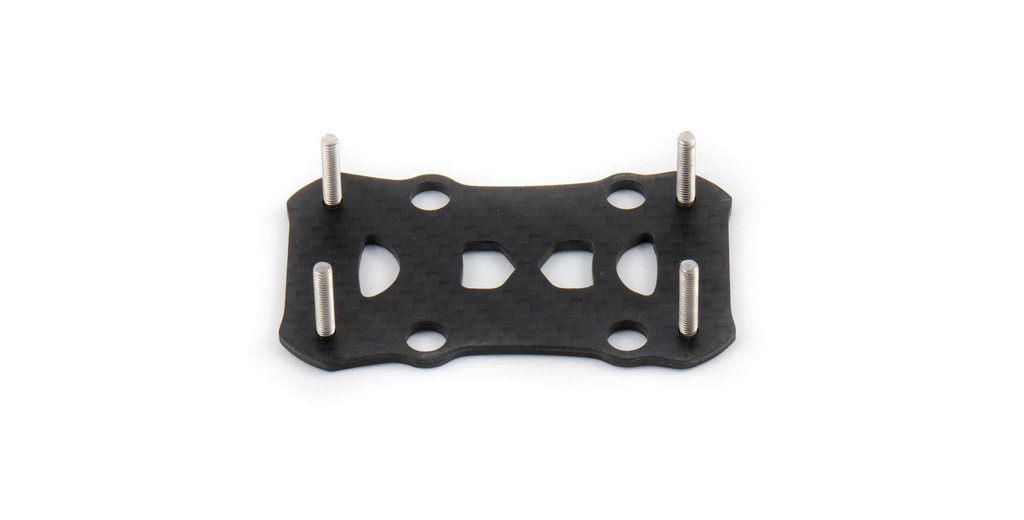 Add the long screws provided onto the bottom plate, the plate has been machined to allow for the recessed screws to sit flush. 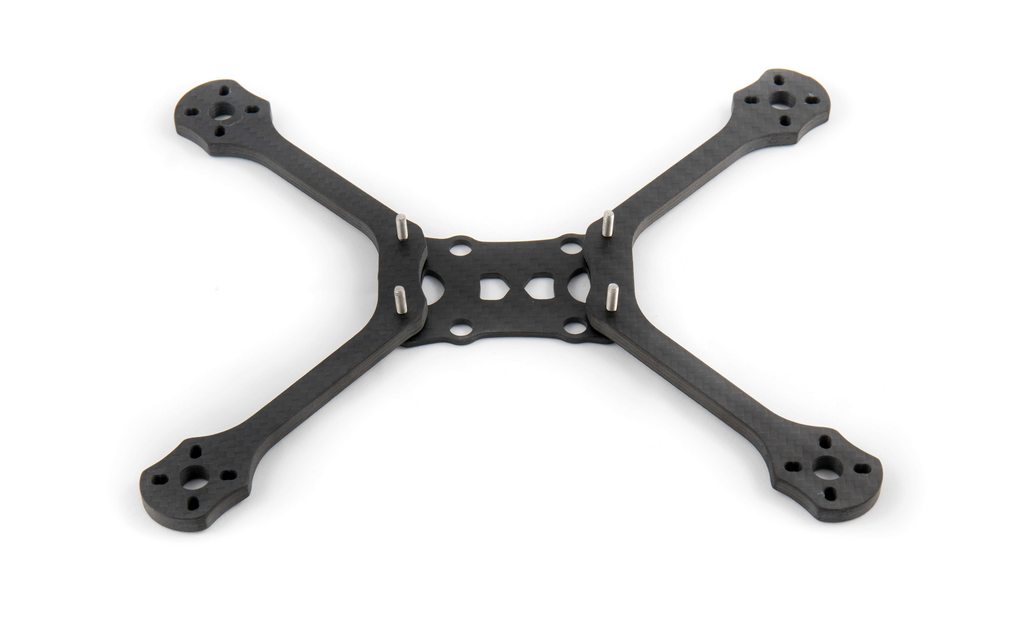 Next up we're adding on the 5mm 2-piece arms - because they're 2-piece we only need 2 bolts to secure them. After that we can add the mid plate which will house all of our electronics. 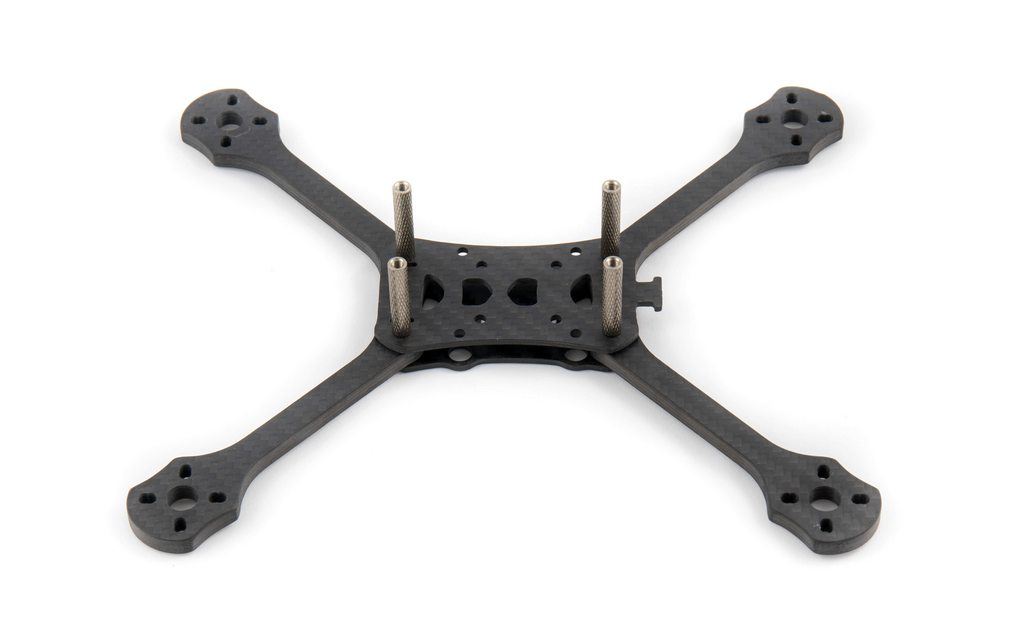 These 3 bits of carbon are secured using standoffs which keeps them all together. You have a few options here - there are camera plates provided, or you can opt to either buy or print the TPU mount which is available direct, or on Thingiverse. I'll cover that stuff later on in the review. 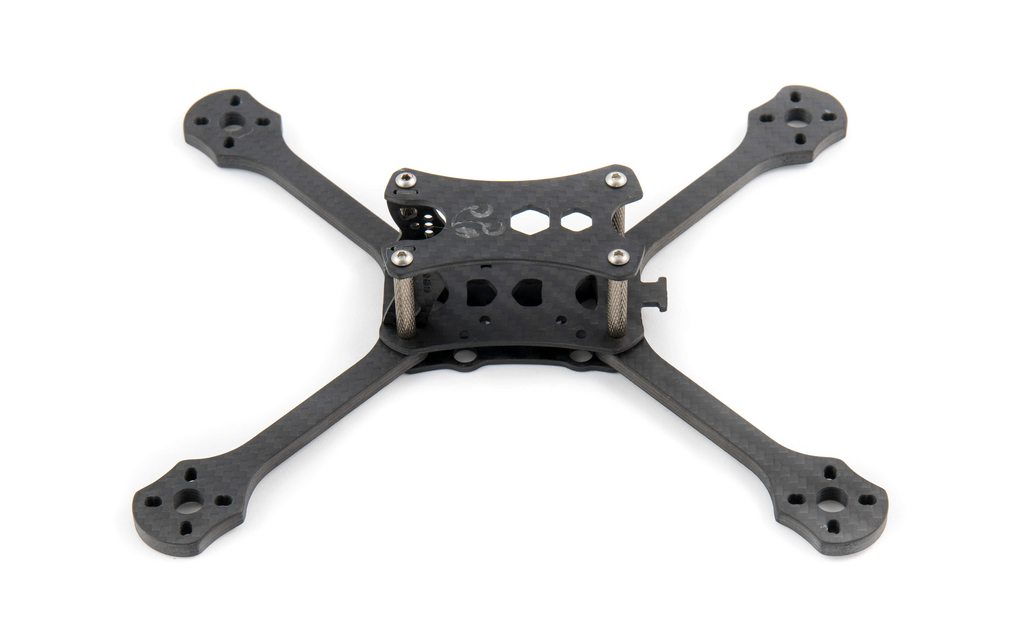 Here's some pictures of the alternative TPU mount that can be used - the one shown here is the fixed 55 degree angle mount, which is designed for micro cameras. I chose these components mainly as these were the exact components planned to go into another review, which was a very similar frame. However the guy who designed the previous frame actually moved to the CherryCraft Stamina instead of using his own frame, so it seemed a little redundant to finish the review. However the components are a good spec and will be good for a racing spec which is what we're aiming at. So let's get onto the build! If you plan to run a 20x20 stack then you'll want to do this as your very first step - attaching whatever holds your stack to the mid-plate to the mid plate. The reason for this is there are no through-holes from the bottom plate to these screws, so if you need to remove these you'll be taking the entire frame apart.

If you were building a 30x30 stack you would be covered, there are holes in the bottom plate which perfectly match up, allowing you to interchange stacks, or other components at ease without taking the rest of the frame apart. It looks like the limitation here was by adding those 4 holes to the bottom plate as well you end up making it very weak, so I suspect this is the reason for not having them. 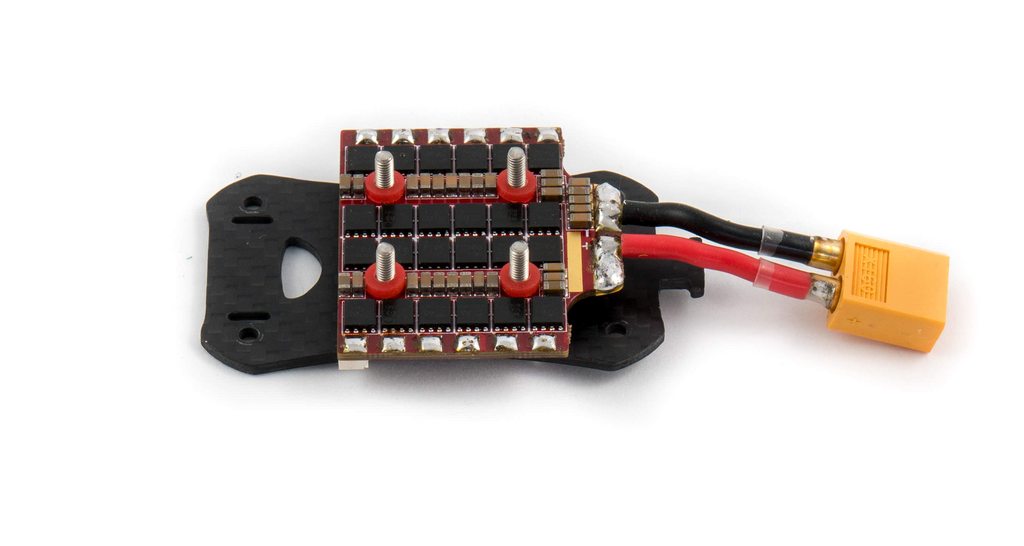 Next up we need to add in the ESC with the pre-soldered XT60.

Once that's done we can connect the FC to the ESC using the wire harness provided and then slide that onto the screws. I'm not using nuts for the top of the stack here because the rubber grommets are tight enough that it will not come loose. 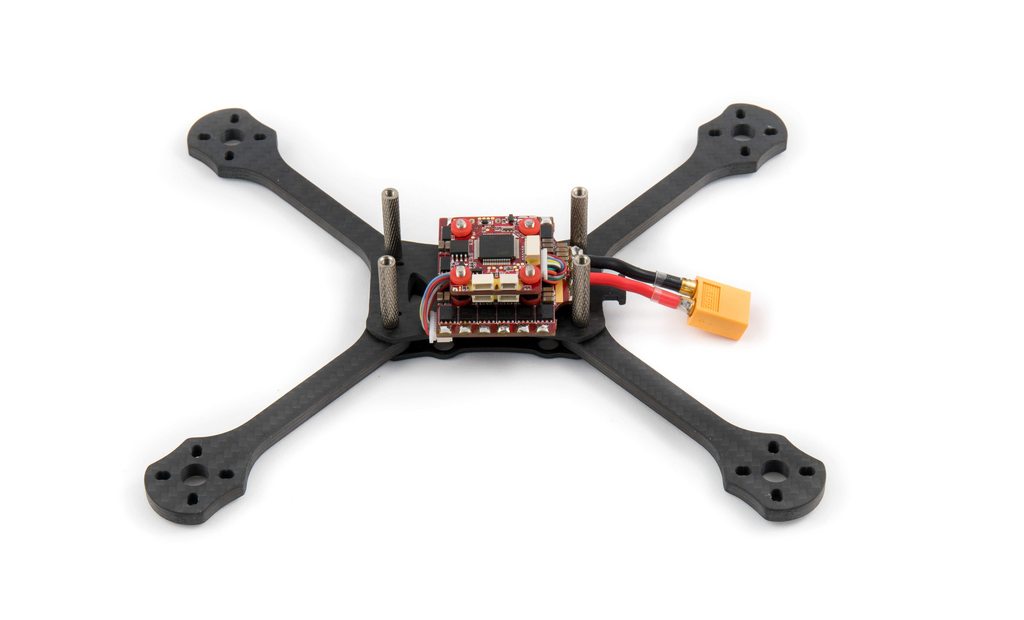 Next up, we can skip a few steps we covered earlier in the build and attach this mid-plate to the bottom plate that already has the arms connected. And also add in the standoffs to keep all of this secure. 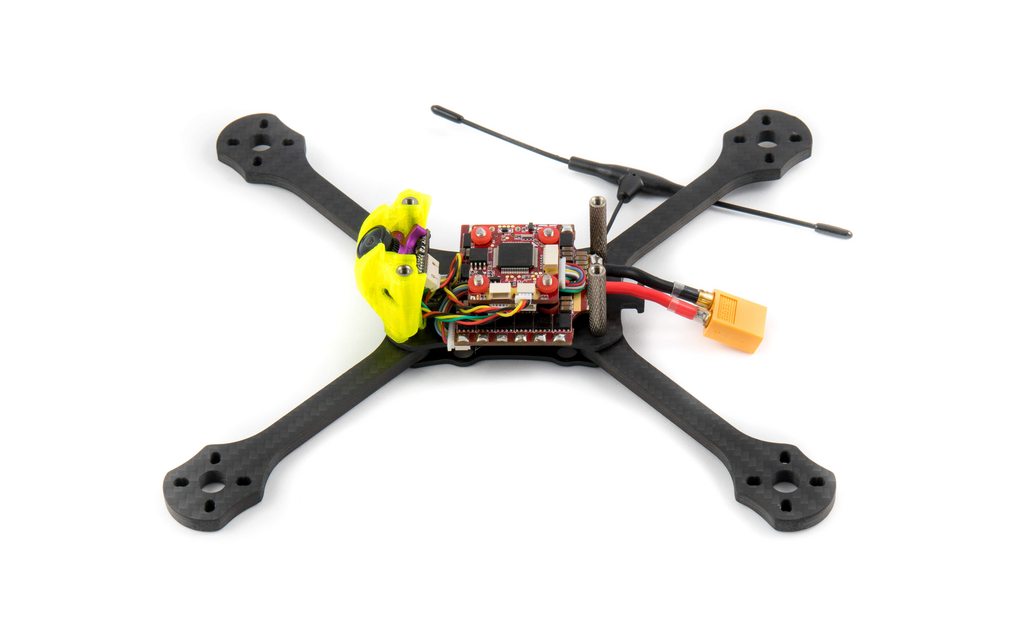 Next up I've added in the Nano Crossfire Receiver into the build, as well as printed my own universal camera mount and attached the Micro Sparrow 2 and all relevant cables are attached or soldered onto the flight controller. 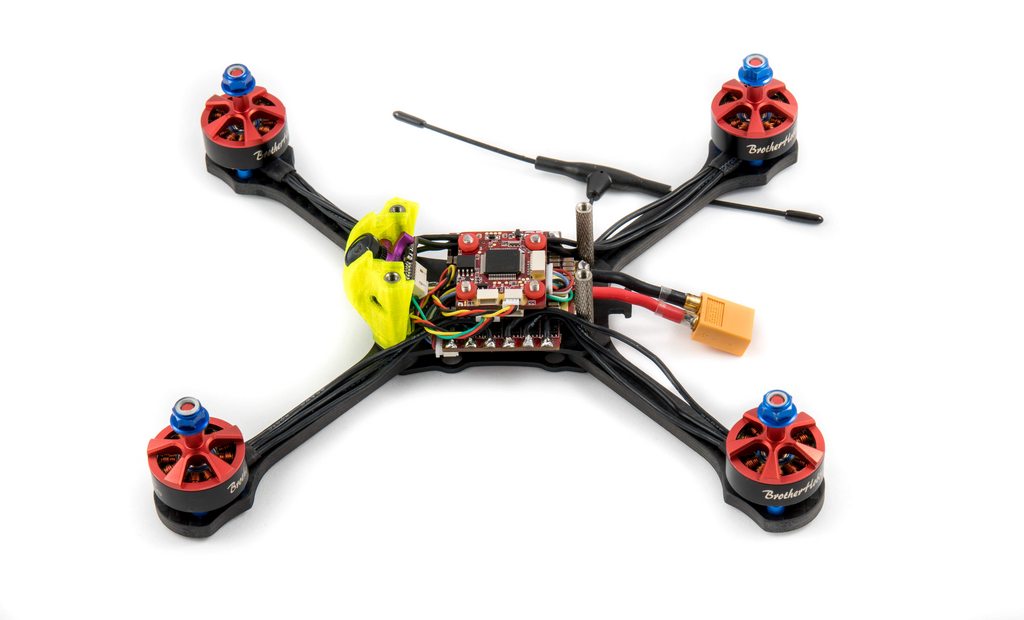 And near to last, we can add in the motors - I usually end up doing these first, but with the ESC being so wide it did not matter when these were done and actually gave me a bit more space for thinking room while I worked out where to mount everything. 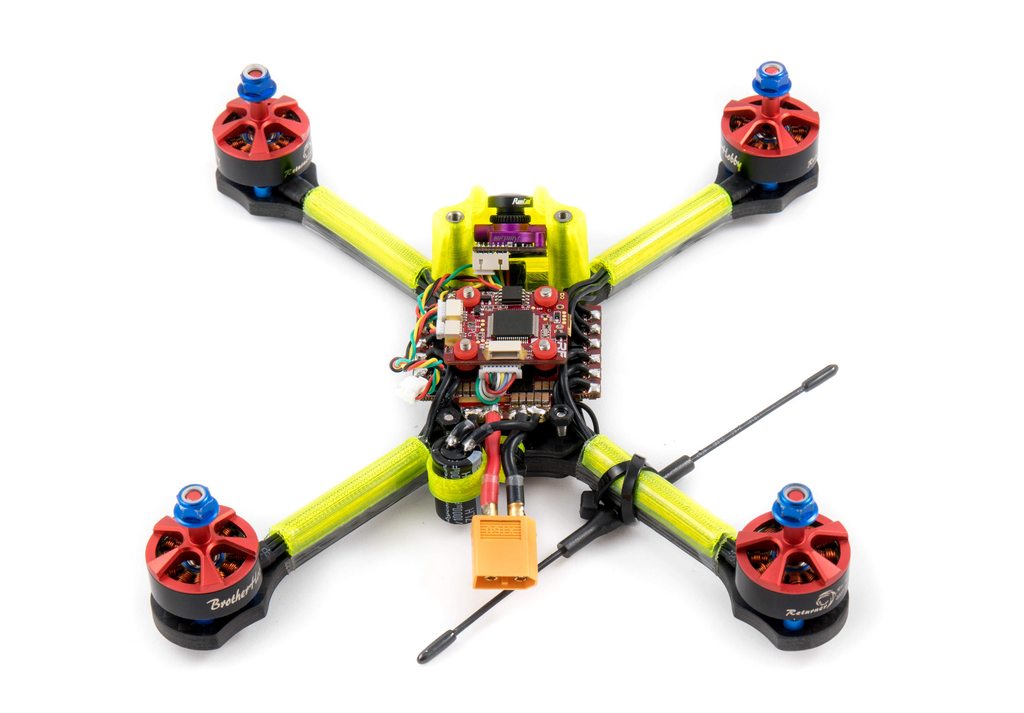 Once that is done, we can then add on the motor wire protectors, as well as the capacitor that's attached right by the XT60. This is key into having a smooth and reliable build, and has helped many people with flight controller oscillations when they get huge voltage spikes fed into their components because they have no capacitance protection. The 3d printed parts for these items can be found later on in the build. Once we've done that we can then add the top plate on and screw it down. With a few extra parts such as battery strap, propellers and any remaining cable ties, we've ended up at a healthy 294.2g. I'd say this is a good race weight - you could of course go lighter if you remove some of the protection, but when it comes to racing (and crashing), I'd rather spend less time repairing my quads and have a bit more weight.

Now, it wouldn't be one of my modern reviews without some custom 3d printed parts - and here this is no different. I guess I've developed a set of requirements or additions onto my frame or builds to make them easier to build, better to maintain, and ultimately more reliable when the heat is on.

So here's the parts:

Some of these parts were developed after the review photos were created, so you won't see some of them on here. But as it stands right now all 3 of these prints are used in all of my current race rigs, as well as the one you see here.

So how does it fly, how does it crash, and have I found any issues with it? Well, here's some footage to give you an idea of the courses I've put it through, and I'll answer all those in the conclusion! :) 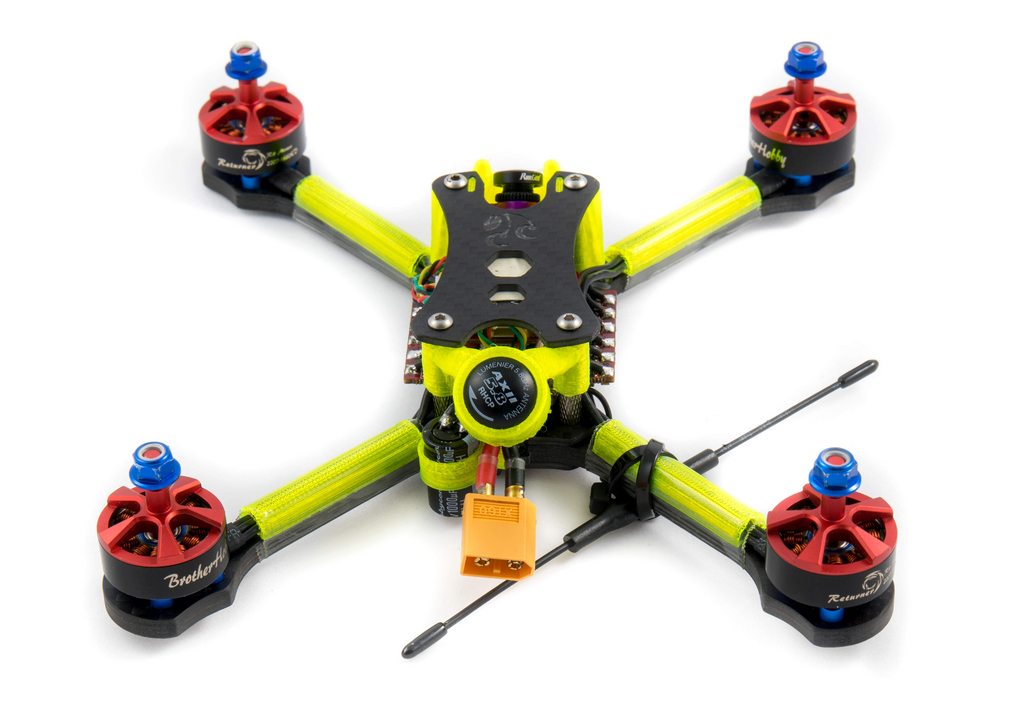 The CherryCraft Stamina offers a new simpler look on some of this years racing frames, and at a similar cost. In my testing crashing into gates, the floor, and indeed other quads (sorry Warren), I'm yet to have any terminal damage, or damage that has meant any parts being replaced. For this I'm happy - it's still too early to see if the arms will suffer from twist delamination like other frames do, but for now I'm more than happy with how they handle.

I tend to move wholeheartedly when I prefer something or find something which I can benefit over compared to my previous solution, so the same situation was present here - I moved all my race quads over to the frame, and implemented my new favourite stack into them. 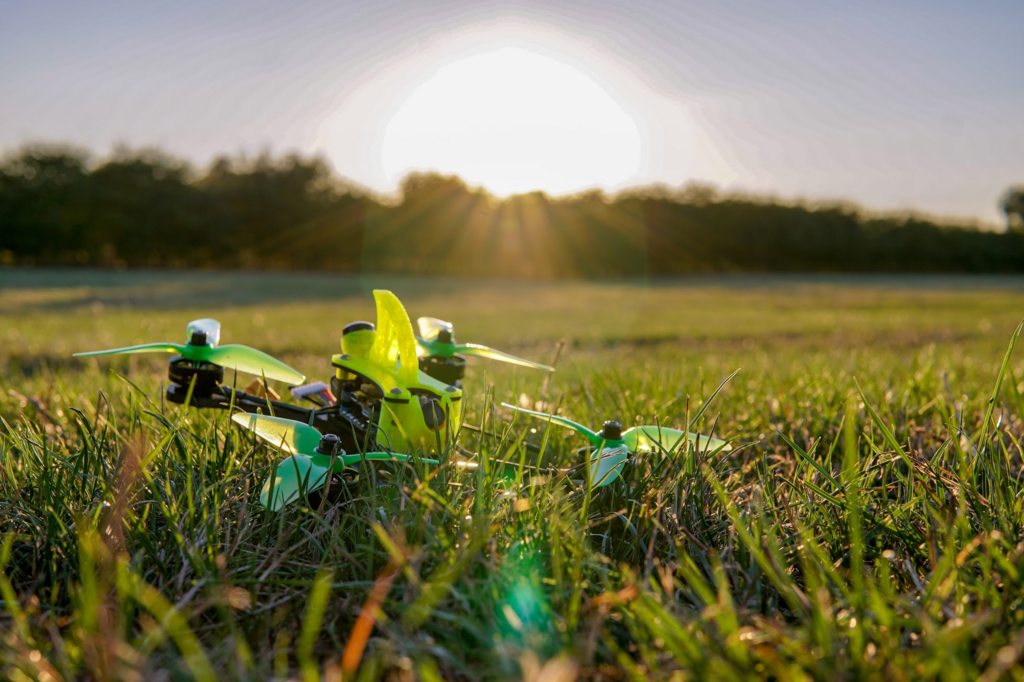 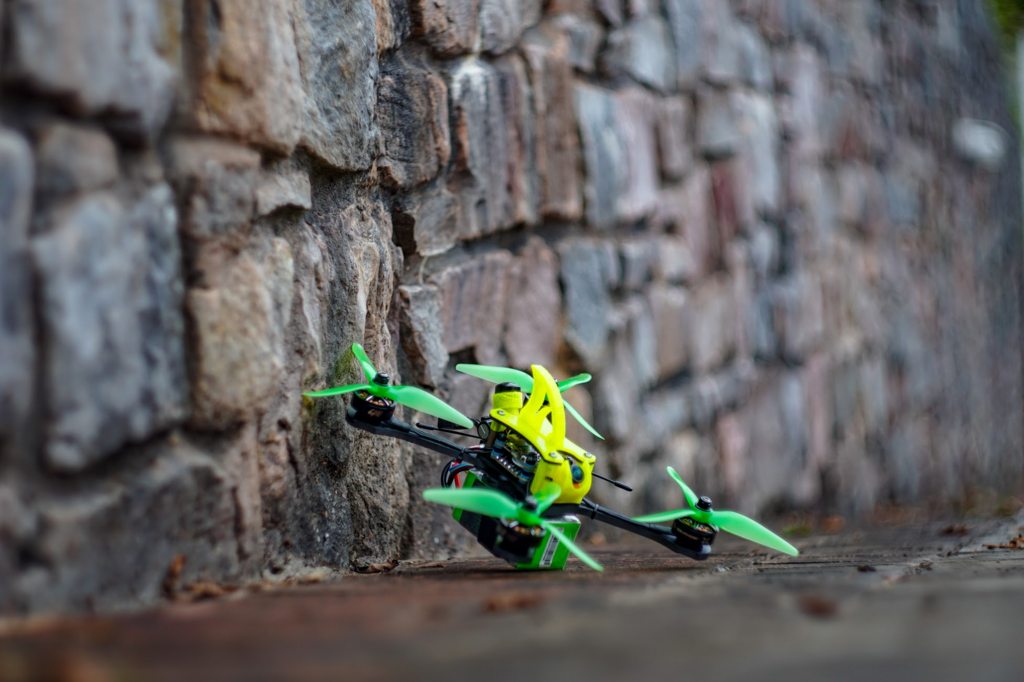 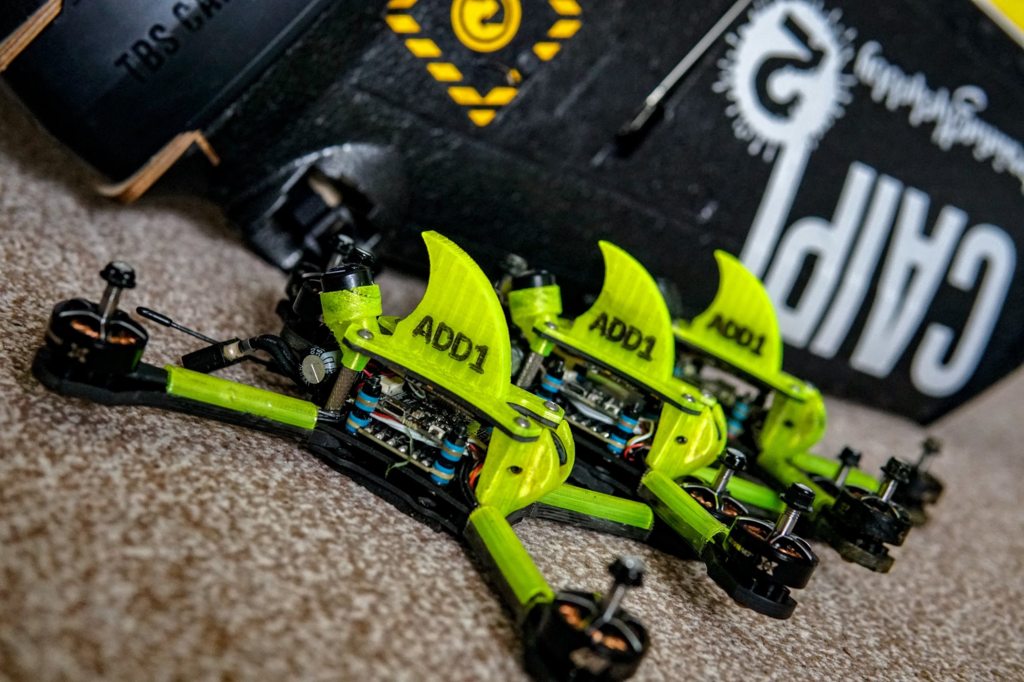 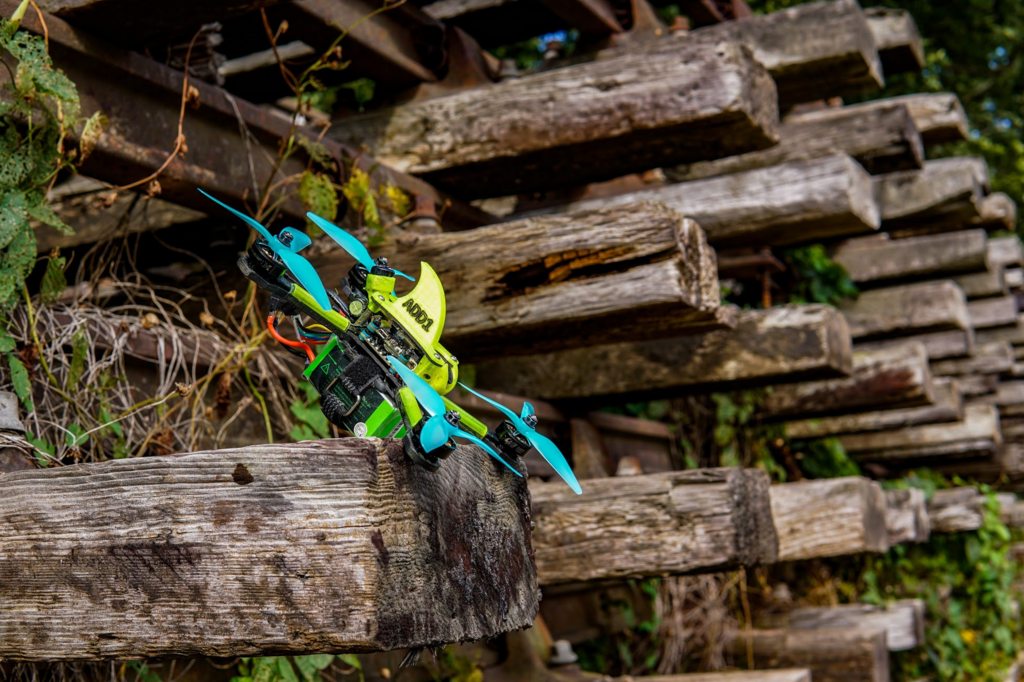 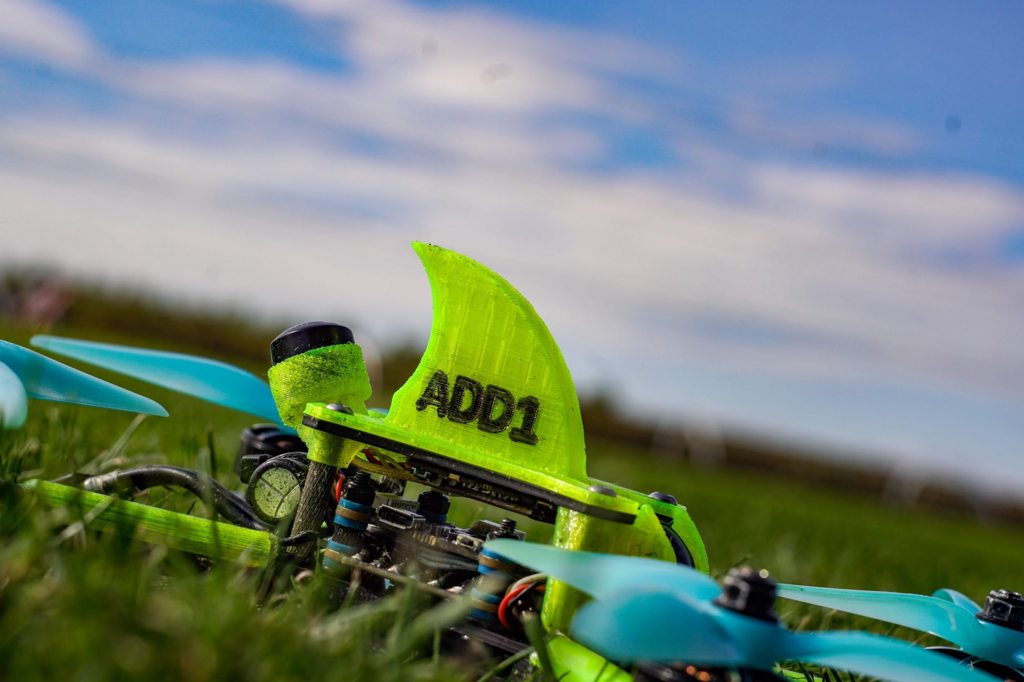 Over the continued testing I've done (which is the reason for the review taking longer than expected), the frame is still my goto for racing. I've delaminated a total of 3 arms now, which may be just unlucky, or a potential design flaw (they're the same width as Bannilite arms), but we shall see. I may opt for thicker or wider arms at some point to negate that, but I still find the simplicity of the frame is what keeps me on this platform. I've also redesigned the turtle fin, and Walter has kindly created a new camera mount solution which brings the camera 5mm forwards of the stack - meaning you should be able to get just about any angle you desire even if the ESC plug is present.

I hope the overall build log, review, and final thoughts are useful, and will help you decide whether or not it is the frame for you.

The CherryCraft Stamina can be purchased direct, or through one of their many retailers such as Airjacker (UK), MultiRotorParts (NL) or CopterFarm (DE).